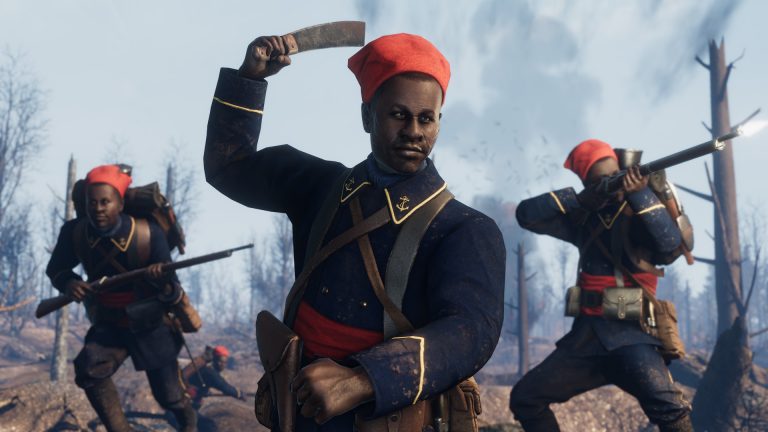 ALKMAAR, THE NETHERLANDS – December 13, 2018 – Blackmill Games and M2H have released another free expansion for their WW1 shooter Verdun.

Players can get Verdun from Steam, and also PlayStation®4 and Xbox One where the expansion is expected next year.

New 64 player Frontlines game mode
Verdun has seen free updates since it was released in 2015, and the tradition continues today with a massive free update bringing a new 64 player game mode featuring full bot support. The ‘Frontlines 64’ is the classic Frontlines mode intensified with more players and bot support. With 64 players, you can expect huge battles and crowded trenches as the Entente forces and Central Powers wrestle back and forth. Bots will fill servers to guarantee epic ‘over the top’ charges, and leave as players join until battles are fully human. They are also available for private matches, where players will be able to choose their own bot numbers and adjust their skill.

St. Mihiel is a network of trenches in a shelled out forest, inspired both by the fighting at the Saint-Mihiel Salient where the US First Army inflicted heavy casualties on the German Fifth Army in September 1918, and also by combat at Bois-le-Prêtre in the early years of the war. While many trees have been reduced to stumps by shellfire, some of the forest still stands and in places the trees offer the best cover between the gentle slopes and mounds of dirt.

More gameplay improvements and new UI coming up
A range of gameplay changes are part of the update, including less lethal barbed wire, an enhanced spawn overview map, and a map voting system. Players who are very keen to try out the new UI will be able to do so via a public ‘open testing’ branch on Steam. The official release will be early next year.

At the request of the community there is also a new Verdun Supporter Edition Upgrade available on the Steam store, which offers fans a way to support the WW1 Game Series. Supporters will receive bonus material including the Verdun soundtrack, a scoreboard star icon and more!

The expansion, as well as previous updates are expected to be released in one big update for the Xbox One and PlayStation®4 versions of the game as well in 2019.

Three years of free updates!
This new mode and many other changes in the update follow recent surprises like the Scottish troops and ANZAC squad earlier this year. We have always been lucky to have a vocal community with a lot of feedback, and much of the new content and changes in this update are the direct result of community feedback. The same is true for our Eastern Front game Tannenberg, which will leave Early Access for a full release on February 13th of next year.

And that’s not all the news we have planned for Verdun before the end of the year – Christmas is almost here, after all!

WW1 Game Series
Starting out on the Western Front with the release of the first authentic WW1 FPS Verdun back in April 2015, and expanding to the Eastern Front with Tannenberg – releasing on February 13th, 2019 – the WW1 Game Series throws players into intense warfare inspired by the chaos and fury of iconic battles from the First World War. With over a million copies of Verdun sold, this novel and underserved setting has proven popular with the gaming community!