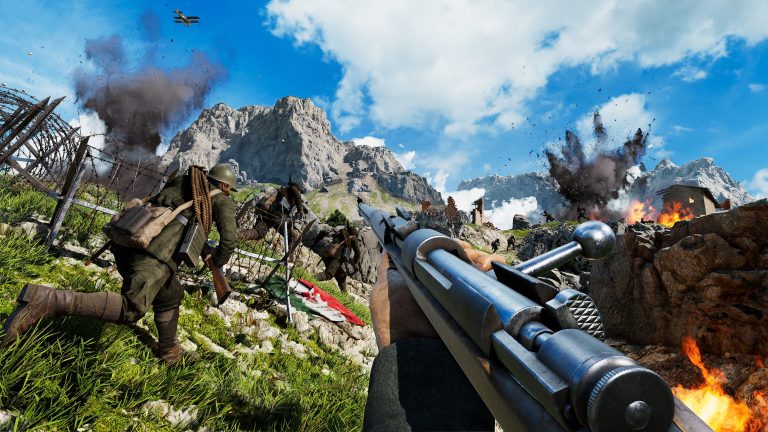 Work on the WW1 Game Series began sixteen years ago when M2H started the franchise together with Jos Hoebe. The first title “Verdun” launched on Steam in 2013 with a full release in 2015. The game’s overwhelming success paved the way for “Tannenberg” (2017) and the upcoming “Isonzo” (13 September 2022).

While WW1 continued to grow, M2H has always explored other venues, and has now decided to fully focus on new projects with its own team, known for their work on the Crash Drive franchise. The developers at the M2H office have already started production on their next ambitious title, a Fantasy MORPG, with information on this project being shared in the near future.

“It’s an exciting time with this acquisition, the “Isonzo“ launch, and the opportunity to work on our biggest game ever. We know the WW1 Game Series is in the capable hands of Jos and Focus Entertainment, and we believe that they can continue to move the series along the successful path we’ve paved for the last ten years. While we’re eager to work on our new title, we’re also looking forward to seeing where the WW1 series will go under new leadership.”

About M2H
M2H is an independent, self funded and self publishing game studio based in Alkmaar, the Netherlands. With 13+ years of experience publishing games on all gaming platforms, and extensive knowledge of online multiplayer, the studio is now looking into a new challenge by building an MORPG.

About WW1 Game Series
The WW1 Game Series throws players into intense warfare inspired by the chaos and fury of iconic battles from the First World War. “Verdun” led the way for authentic WW1 action with close-quarters trench warfare, “Tannenberg” expanded the experience with maneuver warfare on the Eastern Front, and “Isonzo” takes it to the next level with high-altitude combat in the Alps. As the series exceeded 2 million copies sold, this novel and underserved setting has proven popular with the gaming community!