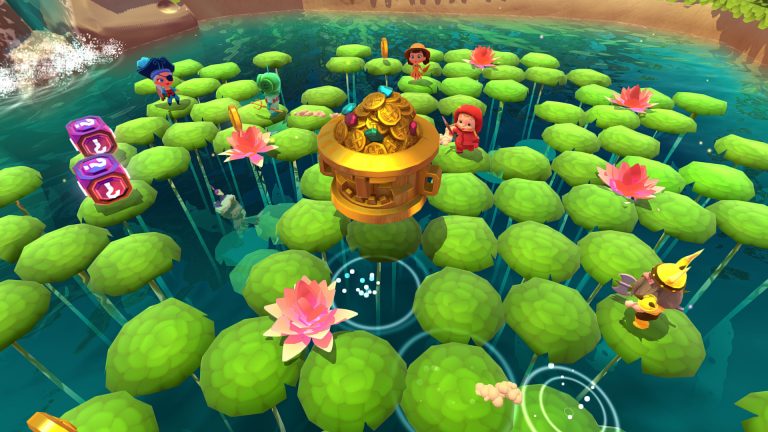 ALKMAAR, THE NETHERLANDS – July 20, 2017 – Developers M2H announce the release of a free Marooners expansion on the PC, which adds AI bots to play solo or multiplayer, doubles the content in-game, streamlines the lobby and matchmaker, and a whole lot more! All this new expansion content will also feature in upcoming console versions of Marooners for Xbox One and PlayStation®4 which are currently in development.

The game is now available with a 50% discount on Steam and is expected later this year on Xbox One and PlayStation®4.

Watch the Marooners go wild in their latest trailer here:

The expansion offers a huge amount of extra gameplay, with more than 30 new weapons, 6 new levels for the arena mini-game bringing the total to 12, the new Avalanche of Agony party game, and of course AI bots! These heartless pirate bots can be added to both offline or online games to fill out a server or provide you with competition if your friends are all busy.

If the bots prove too much for you, don’t worry – remember that you can keep playing even when killed, and haunt your opponents from beyond the grave! There are also two new bomb pickups, and the option to play all party games one at a time in order without random switching.

The lobby and matchmaking system have both been refined to make it faster and easier to get into a game, and a new spectator mode lets you join and observe games whenever you like, to learn from salty experienced Marooners or just enjoy the show!

The speed of levelling up (and therefore unlocks too) in local play has been increased as the winner will receive all player points, and players can see all their unlocks and interesting statistics in the new progression page! There are even art updates including a revamped treasure map and shiny new image effects.

Additionally the developers have released a colorful DLC featuring the 9 Song Original Soundtrack by Dave van Luttervelt and five exclusive weapons. You can intimidate your opponents with a laser sword, a samurai sword, a fanboy flag, a balloon and a toilet brush. Get ready for the afterparty!

To celebrate this huge update, we are hosting a giveaway offering keys, and for the ultimate winner there will be a pizza night for up to 6 people along with six Marooners keys. To win, watch our upcoming live stream on Facebook, and vote for the character you think will win in each round!

Play a wild mix of fun party games as the action regularly switches back and forth between them. Can you handle the switcheroo chaos? Join your friends both on the couch and online while sadistically laughing at their misfortune or coming back to haunt them if you die. Run, jump and slap your way to victory!

About M2H
Marooners is being developed by game studio M2H and friends, brought together by their love of party games. M2H are veterans when it comes to developing games. In 2009, the brothers Hergaarden founded their studio, specializing in 3D Unity multiplayer games. Their known for their hugely successful realistic WW FPS “Verdun” and the free-roaming stunting “Crash Drive” series.

For more information visit www.M2H.nl or talk with the developers on Discord.